The village on the Rothaarsteig

Brilon-Wald is an approximately 3 km long street village in the valley of the Hoppecke river between Brilon (in the north) and Willingen in Hesse (in the south). Elongated as it is set amidst varied terrain and steep slopes. The village is located in the Sauerland-Rothaarsteig Nature Park and borders directly on the Diemelsee Nature Park. 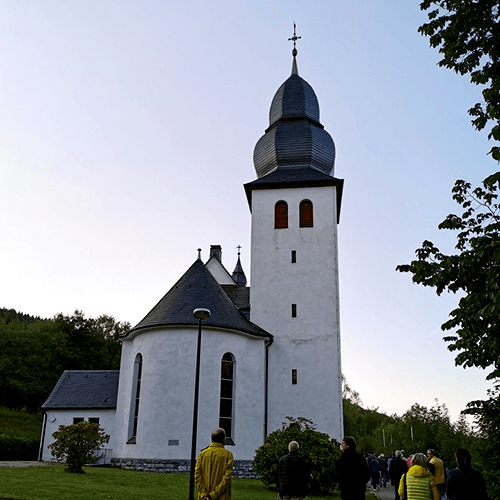 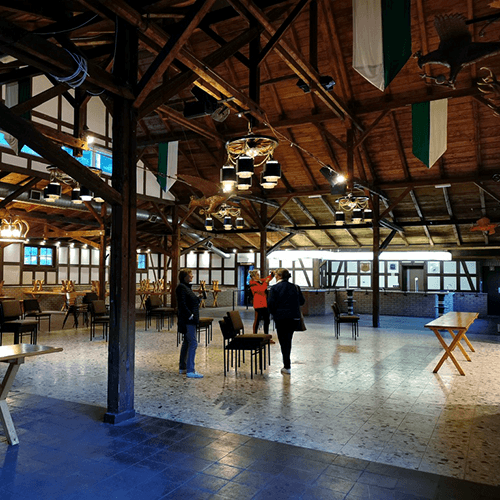 Give me more information about the village history »

The first families settled around 1845, which meant that the village gained both residents and industry. With the branch of the “chemical factory” – charcoal production, as well as the “Westdeutschen Holzindustrie”, the economy in Brilon-Wald was boosted and the industrial area expanded. Both clothespins and broomsticks were produced here. These companies are no longer located here today, but the industrial areas have remained and still characterize the area.

The “Heimatschutzverein Brilon-Wald” has been working for years to ensure that Brilon-Wald completes the change from a purely industrial village to an industrial tourism village. The place is one of six model villages of the “Dörfer im Aufwind” project, which is intended to ensure attractiveness as a place to live and work. The focus here is also on the sustainable development of the inner-city development and the active shaping of the future. The three most important pillars of the community are currently the train station, the vinegar tower and the rifle club.

Around 1866, construction began on the railway line, which was then called the “Obere Ruhrtalbahn”. The village was never independent, which is why the station is still spelled Brilon Wald without a hyphen. The station is still very important for the surrounding villages today, as it is considered a transhipment station. It used to be the contact point for the express trains between Frankfurt a. M. and Bremen. In 2013, the “Waldbahnhof Sauerland Brilon-Willingen GmbH & Co. KG” bought the building as a private investor. Now it shines in new splendor as a hotel with a restaurant, among other things.

The vinegar tower, or “Degussa” in the vernacular, is the symbol of industrial development and is therefore a listed building. It represents the economic development at that time. The construction of the Schützenhalle was requested in 1933. The former rifle club is now the “Heimatschutzverein Brilon-Wald”. All marksmen’s festivals take place here, and the hall can also be rented. 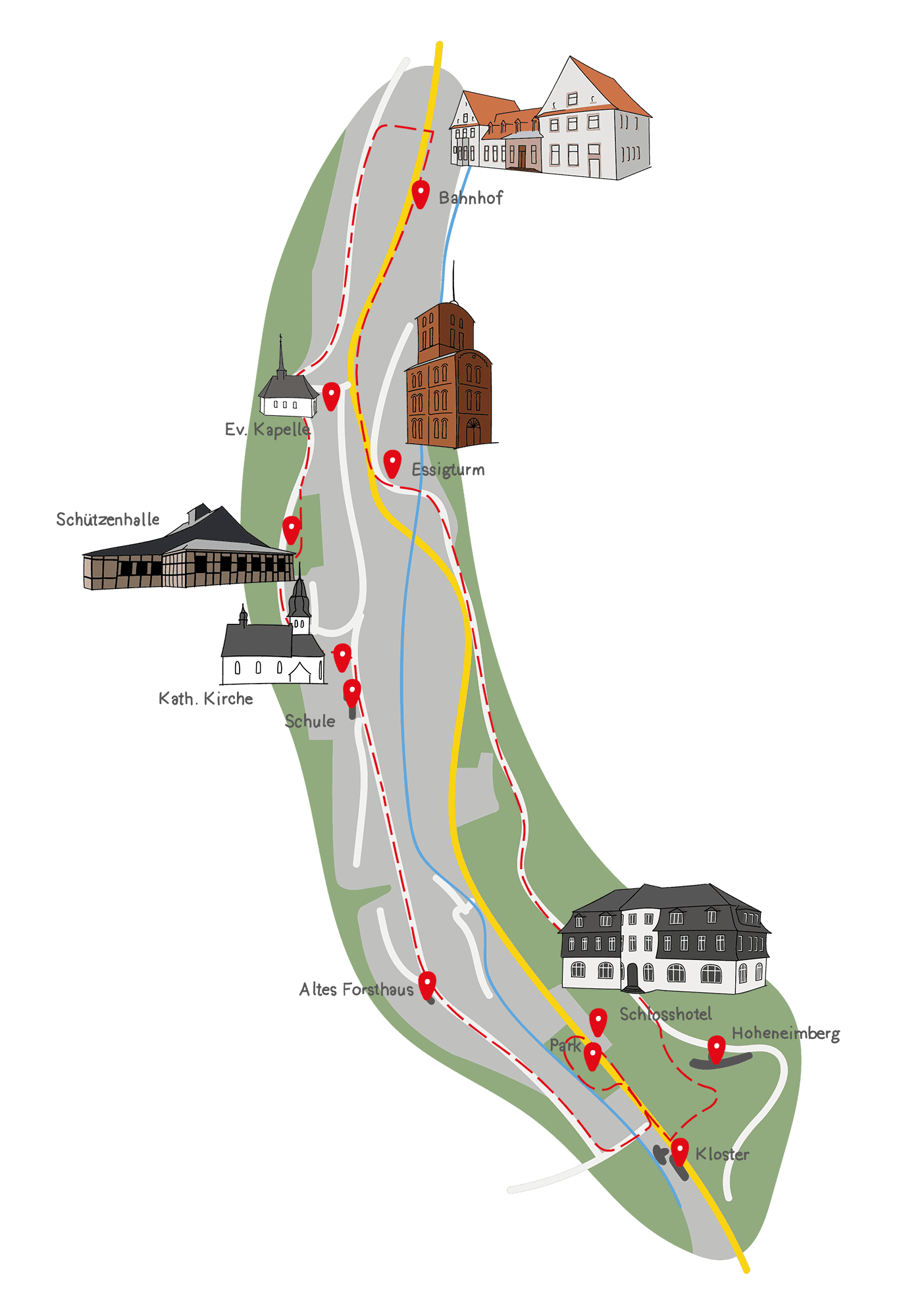 Facts about the village tour

Duration: approx. 1.5 hours + reading time at the stations
(A guided tour with the village association “Brilon-Wald aktiv” is possible and lasts about 3 hours)

Gradient: There is a gradient on some sections

Stroller and wheelchairs: The path between stations 3 and 4 cannot be used with a stroller or wheelchair

The initiative of the village tour was brought to life by the “Briloner Heimatbund – Semper Idem eV”. “Blue signs” were installed at a total of 11 stations, which give an impression of the history of the village and the buildings in short text form in connection with historical photos. The tour connects all stations and should encourage a nice walk through Brilon-Wald.